Taman Bidara, Selayang (Selangor) was the first residential development project that launched Dato' Mazlan's career in the early 1900s. Since then, he has been actively serving and contributing to the growth of the property development industry in Malaysia in various aspects including four significant developments in Selangor as follow:

At current, Dato’ Mazlan is on a joint venture to develop 96-acre of land in Kundang, Selangor which would compromise both residential and commercial properties.

Besides property development, Dato’ Mazlan has also achieved success in other fields. He is the owner of Motorcycle Sales Centre (MSC), renowned for selling important super bikes and exclusive biking accessories. He is also a director of Lion Teck Chiang Limited (a listed company in Singapore) and the chairman of the Selangor State Public Accounts Committee (1982 – 1990). Additionally, he manages the 18-hole golf club at Kundang Lakes Country Club since 1993. 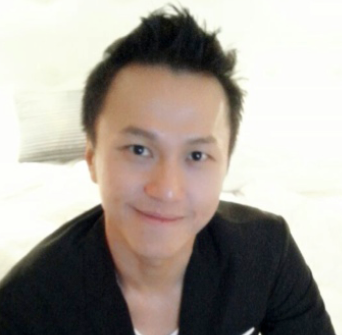 An Honours Degree law graduate from Cardiff University, Wales, United Kingdom, Dato' Sri Eric is a qualified lawyer with Certificate in Legal Practice and admission to the Malaysian Bar in 1998. For the past decade, he has been actively involved in the legal aspects of the banking and corporate fields focusing on housing development conveyance, bank loan documentation, consultation on commercial issues, banking and corporate matters, commercial litigation, criminal habeas corpus application and intellectual property protection. He is also the legal advisor for the Hakka Association in Kampar, Perak.

Besides being a prolific lawyer, Dato's Sri Eric manages a vast range of property developments and investments both in Malaysia and China. It started off with land investment in the high-end area of Country Heights Damansara, Kuala Lumpur. Followed by the undertaking of major bungalow refurbishment projects in Sierramas Sungai Buloh and Old Town Petaling Jaya. Dato' Sri Eric continues to contribute to the growth of the industry through the following residential projects:

At current, Dato’ Sri Eric is on the management board of several corporations that will be embarking on large-scale development projects located in Cheras, Kundang and Kuantan – all of which amount to gross development value of RM349 million. He is also in discussion with Canadia Bank to jointly develop a piece of land in Phnom Penh, Cambodia. Aside from that, Dato’ Sri Eric has also invested in 60 condo units in Dongguan and Zhuhai, China.

Besides that, Dato’ Sri Eric has been contributing to the society through fundings of new buildings and refurbishment of schools in Sungai Buloh and Puchong areas.

A hands-on expert in developing industrial properties such as furniture malls, sport complexes, factories and warehouses, Mr.Lim Kean Beng has been in the property development industry since 2000. He is also the owner of 10 mega furniture malls and sports halls in Klang Valley, all of which he designed and constructed in view of the expansion of his family furniture business - Hiap Huat Furniture. His portfolio includes:

In the pipeline, Mr. Lim intends to develop a 72-acre industrial land in Sungai Buaya, Selangor. Mr. Lim is also the Deputy President of Kuala Lumpur & Selangor Furniture Entrepreneur Association and the Organising Committee for several major furniture fairs such as MF3, Malaysia Fairs and SIFC. 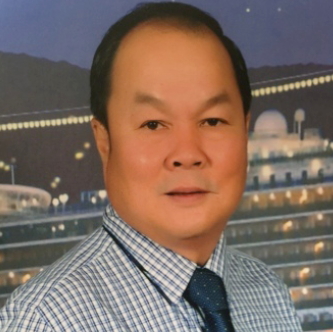 A humble beginning has equipped Mr.Lim Keang Hong with the hands-on experience and knowledge to excel in the property development industry. Mr.Lim started out in 1977 as a site clerk for Sime UEP Development Sdn Bhd. and worked his way to construction through 130 units of terrace houses in Subang Jaya, the renowned police station located at Jalan Tun HS Lee and a 4-storey staff quarters for a large industrial plant. Since then, he has been actively involved in the property development industry in many ways:

With a keen sense of business acumen and hands-on approaches in dealing with multiple development projects, Chang Hon Nyan has been actively involved in the property development industry since 2008. as the director and shareholder of several property development companies, he has purchased, renovated and sold more than 20 upmarket bungalows in Klang Valley - all of which amount to a total market value of RM80 million.

His prior working experience in the banking industry has proven to be valuable in the decision-making and evaluation process of the development projects which he embarks on. An analytical thinker, Mr. Chang has the foresight capabilities to strategize for long-term success in every phrase of a project development. As CEO of Adenland Group, he oversees every project undertaken from conceptual design to tender evaluation, project implementation to coordination, including marketing and sales.

Ms. Clarissa WL Wong started her career in the property development industry through her first investment in the high-end area Country Heights Damansara, Kuala Lumpur. It was a simple low-price purchased followed by a high-price land selling that proved her business acumen and shone her promising potential in this field

Since then, Ms. Clarissa sits on the board of directors of several companies which empowers her to embark on several large scale projects.

A Monash University scholar (Australia), Mr. Ngan Yeow Meng began his career as a Project Engineer in Port Dickson under the employment of PWD/JKR Malaysia in 1980. His significant contribution included the implementation of construction for various projects in the military camp. Within 3 years, he was promoted to be a Senior Works Engineer and was re-located to Kelantan to be in charge of the building/construction of roads in that state.

In 1984, Mr. Ngan was appointed Senior Assistant Director of JKR Malaysia Headquarters. He was later posted to the Ministry of Works in 1991 where he served under the Highway Planning Unit. Later 1991, Mr. Ngan joined the private sector under the employment of Syarikat Pembinaan Setia Bhd (now known as SP Setia Bhd) where he supervised and managed various development projects including residential, commercial, high-rise and government developments.

Since then, Mr. Ngan has served in various companies – Brem Holding Group (as General Project Manager) and Melati Ehsan Group (as Senior Manager). He is currently the General Manager of MNH Global Asset Management Sdn Bhd.